The Spirit Award honours an organization that has significantly affected lives in a charitable or humanitarian way through the meetings and convention industry. As part of the Vancouver Convention Centre’s corporate social responsibility program, the facility has partnered with several local charities committed to supporting communities in Vancouver’s inner city.

“We are extremely honoured to be recognized by PCMA with such a meaningful award that speaks to our team’s passion and commitment to the work we do with the community,” says Ken Cretney, General Manager Vancouver Convention Centre. “More importantly, we hope this is an opportunity to shine light on the amazing work of the charities we support, and inspire others to make a difference in the communities they serve.”

One of the Centre’s partnerships is with United We Can, a local organization that creates self-sustaining social enterprises with a focus on environmental sustainability, while creating income and job training opportunities for people with multiple barriers to traditional employment.

The Centre, through its official food and beverage supplier Centerplate, donates 100 percent of its recyclables (wine and liquor bottles, and pop and beer cans and bottles) to United We Can’s recycling depot. Since late 2010, nearly half a million beverage containers have been recycled through the depot – a donation valuing $24,000.

“The Vancouver Convention Centre is the largest single contributor to our charity. Through their generous donations, we are able to employ 120 individuals with multiple barriers to employment and fund other viable social enterprises in the community,” says Gerry Martin, General Manager, United We Can. “We’d like to extend our heartfelt congratulations to the Vancouver Convention Centre on a truly well-deserved recognition.”

Other organizations supported by the Vancouver Convention Centre include the Greater Vancouver Food Bank Society, CANstruction Vancouver, Building Opportunities with Business and the Union Gospel Mission (UGM). The Centre is one of the largest food donors to the UGM’s meal program, donating kitchen over-production to this charity over the last 15 years.

Conventions and events hosted at the Vancouver Convention Centre are not only economic drivers for the city and Province. Through the partnerships with the noted charitable organizations, the Centre also ensures that events help contribute a lasting social impact on the community.

In announcing its 2012 Achievement Award winners, PCMA also commended the Vancouver Convention Centre’s Public Tour Program, created to connect the local community and visitors to the Convention Centre’s story– the people, unique building design and sustainability features, and impact on the community and economy. Over 11,000 people have been hosted on tours to date. 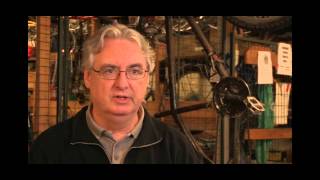 VIEW OUR "UNITED WE CAN" VIDEO